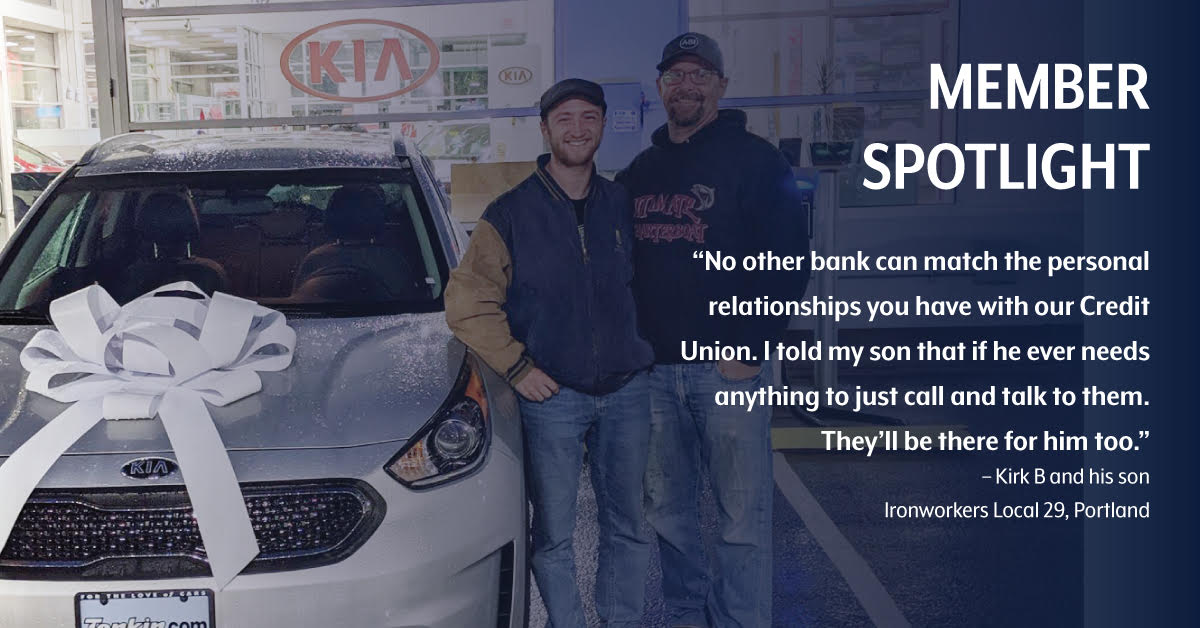 As a member of the Ironworkers CU for 26 years, to say Kirk is a loyal member is a bit of an understatement. “When I was in the branch not long ago, a member services rep was introducing me to a new person, and she joked and said, “Whatever Kirk wants, give it to him,” he says with a chuckle. “So I just bought a new boat this week!”

But in all sincerity, Kirk believes in our Credit Union and all that it has to offer its members. So much so that he recently referred his son to Ironworkers CU when he was looking to make his first major car purchase. Since members’ family are also eligible to join, Kirk knew that this was the perfect time to introduce his son, who is studying for his master’s degree in California, to Ironworkers CU.

“No other bank can match the personal relationships you have with our Credit Union,” says Kirk. “You’re not just a number to them, and I wanted my son to have that too. I explained to him how Ironworkers can have hard financial times, but the Credit Union is always there to help. The same holds true as a college student. I told him that if he ever needs anything to just call and talk to them. They’ll be there for him too.”

Since Ironworkers CU offers the best auto loan rates around, Kirk was confident that his son would get the best rate possible on his auto loan. “Plus, I knew they would work with my son even if he didn’t have a long credit history. And name another bank that will personally drive the check to the dealership for you – like Michele (Lenox) did. No one would do that!”

Thanks, Kirk, for your loyalty to Ironworkers CU and for referring your son! 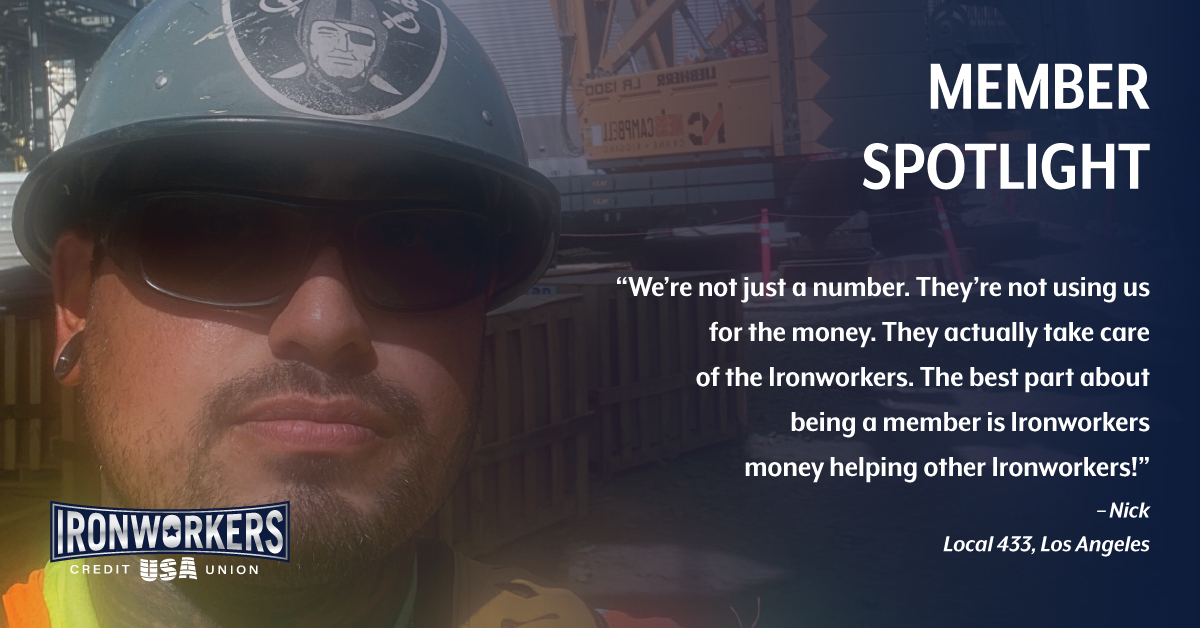 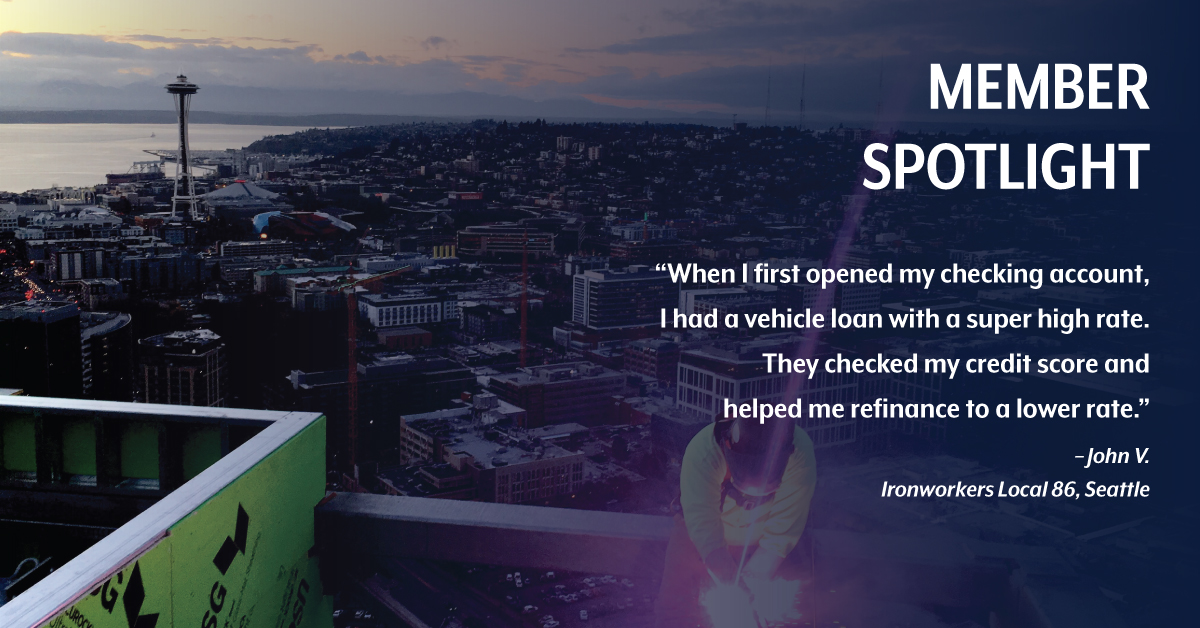 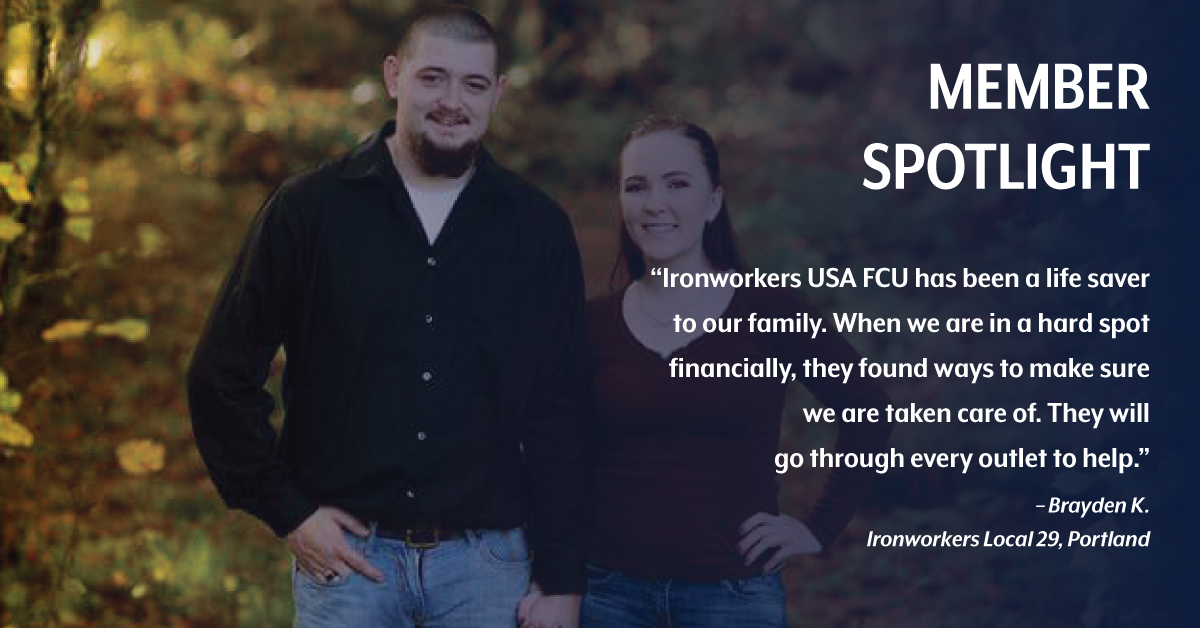 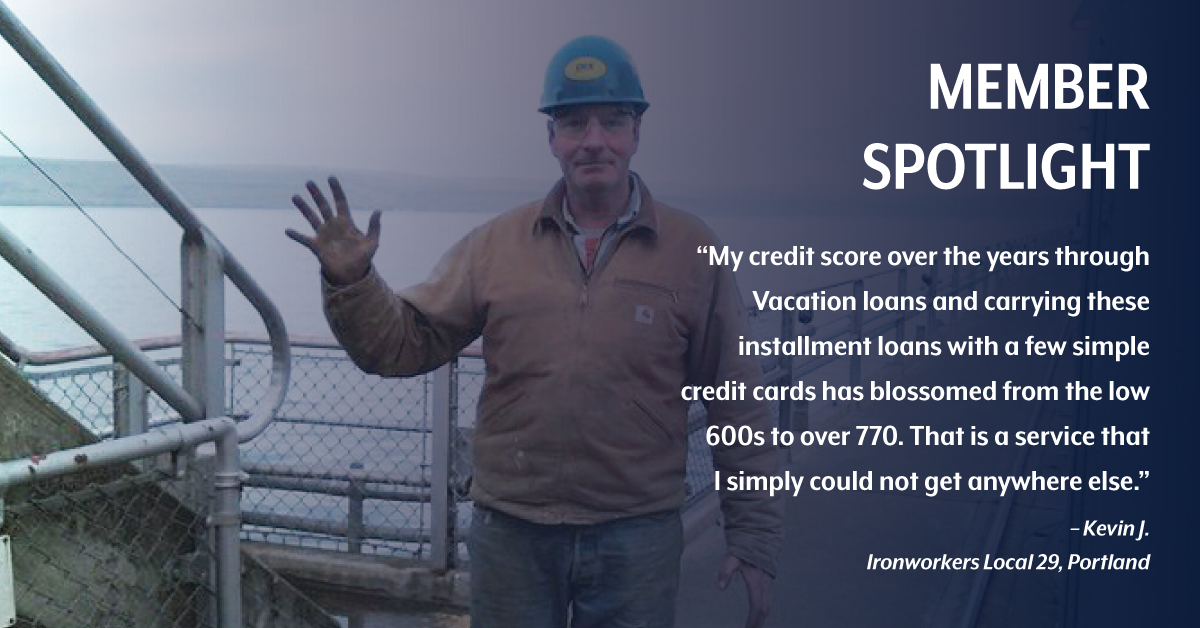